Kivanc Tatlitug is an Influential Person in Turkey 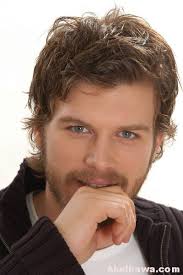 One influential person in Turkey is Kivanc Tatlitug who is a Turkish actor and model. He won many modeling competitions as the best model of Turkey and the best model in the world in 2000, so he is a hard-working person. Second, he played in many series and movies and now, he is still playing in a TV series. The name of the series is ”Kuzey Guney”, which means ”North South”. Then he has joined UNICEF since 2 years ago. He is the youngest person in UNICEF and  he helps children and poor people.  He also is a very handsome man.  He has blonde hair and blue eyes. He is tall and slim so he is the ideal man for many women.